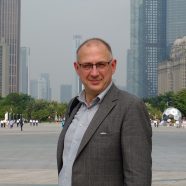 Fading line between the success or failure of a city

Earning legitimacy as a city requires hard work – keeping a finger on the pulse, staying young and vital, facilitating and promoting. Luck is a factor, but luck alone is no longer enough in this day and age. More than half of the global population lives in a city. The migration to cities is unstoppable, so cities will simply continue to grow. In the Netherlands – and perhaps even in Europe – we are not yet fully aware of this reality because it’s taking place gradually. In the rest of the world, cities are bursting at the seams. This trend is causing a reversal. Whereas countries used to be the driving force behind economic growth, this has now shifted to urban regions powering the national economy. “City and regional planning is becoming increasingly important as a result,” says urbanist Martin Dubbeling from ISOCARP. As Vice President of ISOCARP, an association of 800 town planners, urban designers and other professionals from 80 countries who share their knowledge and advice cities around the world, he is fully aware that the line between the success and failure of cities is fading.

Bogged down by the old economy

Dubbeling explains, “Different cities and regions are attractive each decade. Everything is taking place quickly these days and if you don’t keep a finger on the pulse, you’ll be overtaken because another city is better able to facilitate or respond to technological developments and current needs. In the past, luck played an important role in the emergence of a hotspot. Council members in some cities were ‘lucky’ to have made the right decision at the right time. Others forgot to combine the new economy with the old one.” Dubbeling mentions Detroit, Pittsburgh and the Ruhr region as examples. The latter has experienced a depopulation of more than a million, as people have relocated to other industrial regions in Germany. The Ruhr area has since become a metropolitan urban region with a focus on culture and industrial heritage. Detroit and Pittsburgh were once just as successful and attractive as Dubai now is. Getting bogged down in the old economy of steel and car production was a fatal error. But like Dubbeling says, things can change quickly. “Dubai is attractive right now due to its oil money. But if the city doesn’t transform into a sustainable hotspot for the region within the foreseeable future, Dubai will be nothing more than desert ten to twenty years from now. All of those skyscrapers are filled in their entirety with expats, who will leave once the business disappears.” 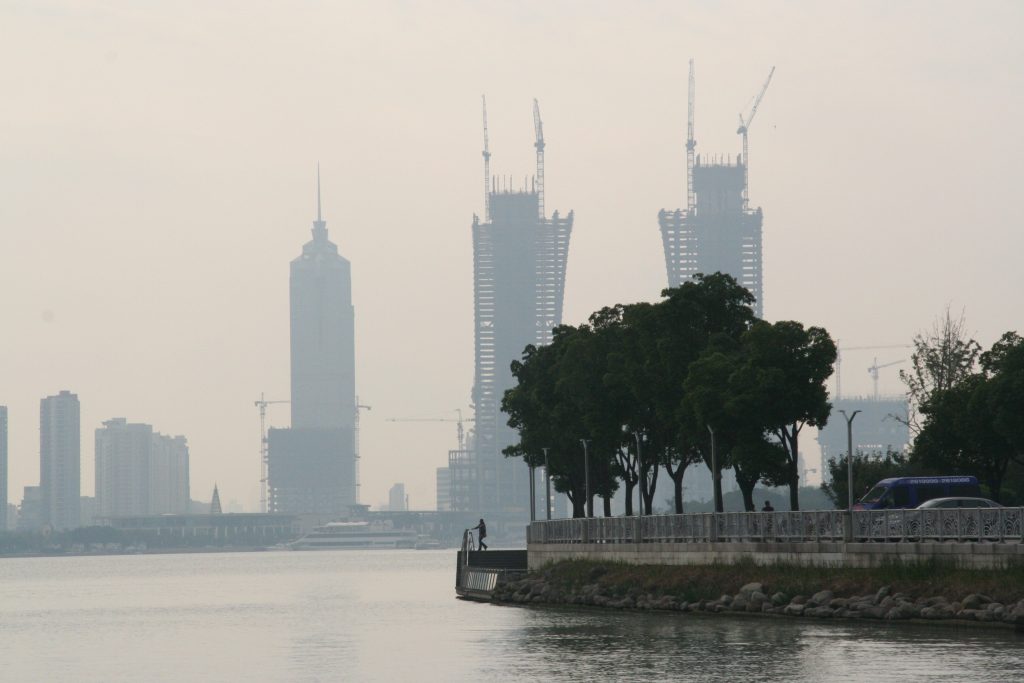 Making the right decisions and a combination of marketing and following regulations and trends play an important role, says Dubbeling. But there’s more to it than that. Take the two university cities of Barcelona and Seville. Both were popular for living, working and recreating in the past. Yet the popularity of Barcelona is now much greater than that of Seville. That’s due more to luck than wisdom. Remember that this is where the Olympic Games were organised in 1992. The huge investments made in the city back then have made Barcelona more attractive than Seville in many ways. Looking back, Barcelona made the right decision at the right time, which was later followed up and supported by excellent urban planning. Athens has not benefited quite as much from the 2004 Olympic Games. It’s still too early to tell whether the 2012 Games in London have made it a more attractive city.

In other European economic hotspots, it’s clever marketing and the creative use of regulations that have made the difference in terms of popularity and growth. Dublin, for instance, was the leading hotspot for Internet companies in the 1990s. The city council – and in turn the residents – benefited from the low Irish tax rate, which was the reason why almost all major Internet companies decided to establish their European headquarters here. Berlin takes great advantage of the city’s hip image, which helps attract countless creative people to the city. London also has a favourable investment climate that it deliberately keeps intact. At the same time, the British capital profits from its historical geographic position as a trade hub between the East and West. This is why the financial sector was originally established in this city. After this financial hotspot was hit hard by the crisis, the City bounced back within no time and is now seeing an explosion of FinTech companies.

The dynamics on the other side of the continent are also tremendous. Dubbeling explains, “My work often takes me to various cities in China and I’ve noticed that the urban regions are competing fiercely with each other. Considerable investments are being made in the quality of the city centres. In cities like Nanjing, Wuhan and Ningbo, they are opening a new metro line every year. In the Netherlands, it takes us more than ten years to develop a small section of the North-South line, which doesn’t even stop at Schiphol Airport. This kind of investment would significantly benefit the reputation and success of the Dutch capital.” 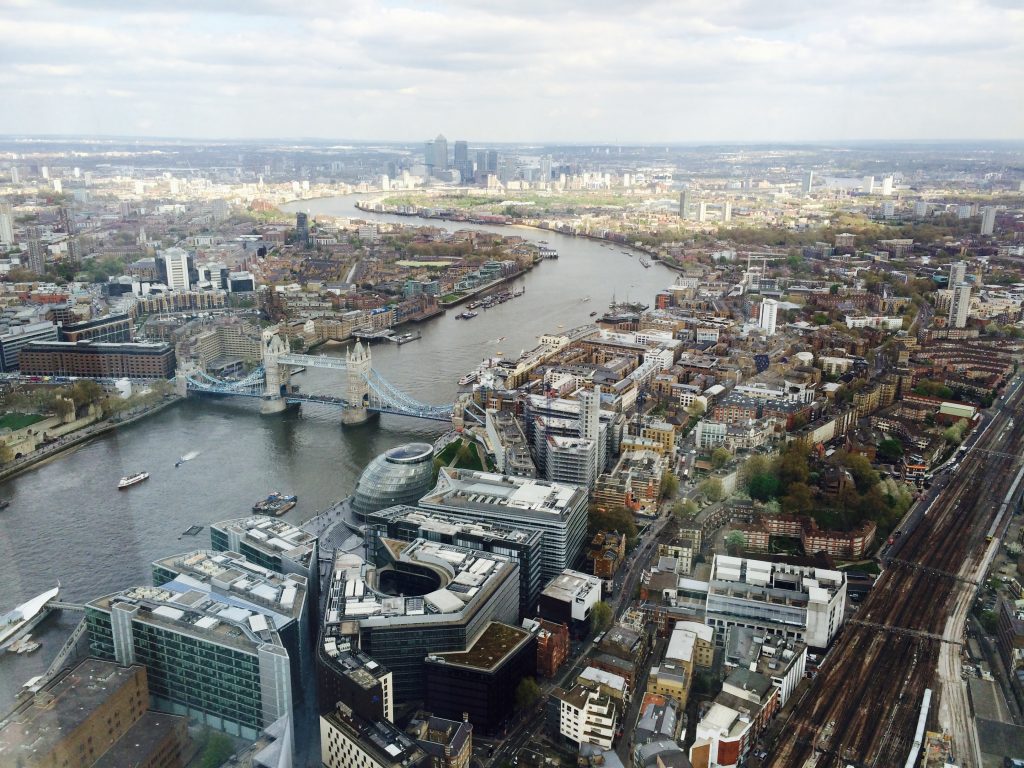 All the same, Amsterdam ranks high on hotspot lists and, with around 500 successful companies in the creative sector, has even been designated by many as the most creative city in Europe. According to Dubbeling, however, today’s Amsterdam does not rank among the ‘real’ metropolises. “A metropolis has a high density of housing, jobs and other activities. We see great examples of this in Berlin and Dublin, where the creative sector has moved into old buildings. In Berlin in particular, creativity is increasing due to increasing urbanisation. This is how a metropolis develops.”

Opinions on this are divided in the Netherlands, although Dubbeling does say that we have quite good initiatives on a local level. Groningen in the north and Eindhoven in the south, for instance, are successful without being in the Randstad region. “Both cities have a university and present themselves as knowledge cities. This attracts young people. Especially Groningen takes a clever approach to this. The city used to focus on Dutch students, but is now opening up more to international students, which has given it a tremendous boost.”

Dubbeling continues, “If the Netherlands wants to rank high in the global list of metropolises in the future, decisive action will have to be taken.” What is our metropolis? The entire Randstad region? The metropolitan area of Rotterdam-The Hague? Greater Amsterdam? “In my opinion, the entire Randstad, including Eindhoven, should come together in order to develop into a global hotspot. Building rows and rows of new houses in hard-to-reach residential areas outside the cities does not make you a metropolis. We’ve had more than enough of that in the Randstad. The focus today needs to be on transforming and seriously densifying the urban areas within the ring roads of Rotterdam and Amsterdam, where there is plenty of space for a solid transformation. If we choose to transform the Randstad into a metropolis, this is a strategic decision that will require the long-term commitment of the local authorities. And if you still want a newly built home with a large garden, there is plenty to choose from in Almere or outside the Randstad.”

According to Dubbeling, the Randstad needs to have more compact city centres and densify their immediate surroundings. “Greater urban density generates activity, attracts people with talent and forces us to think hard about fast urban transport networks and creating new meeting places in the city. The focus is explicitly on more than just increasing the number of residents and houses per square metre. The ultimate challenge is to compile and spatially create high-quality, attractive, liveable, competitive and vital urban areas. The dominant question that needs answering is how the rapidly changing economy is going to change the city. In other words, how do you go from the ‘Next Economy’ to the ‘Next City’? This requires a different attitude on the part of administrators, investors, project developers and designers. I fully understand that project developers, investors and banks very much want to liquidate their investments in land positions outside the cities, but that only serves a short-term interest. Let’s set our sights on the interests of twenty to thirty years from now.”

Download this interview in PDF here: DOWNLOAD #528_Fading line between the success or failure of a city

You can find the link to this interview here: https://www.rabobank.com/en/float/highlights/articles/fading-line-between-the-success-or-failure-of-a-city.html